For $18, a great buy. Fresh, young, well balanced. Great acidity. Nothing complex. No overwhelming or particular fruit. But very nice and super easy to drink. Great weekday wine. — 2 months ago Perfect with oily or dry fush or heavy seafood. Great taste, slightly fruity (what compensates the fish taste). — 6 years ago with Eduardo
Eduardo liked this 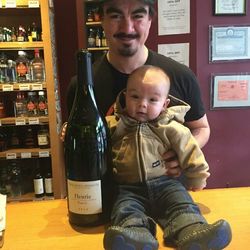 Very interesting wine. Almost drinks more like chenin with honeyed apple and marmalade notes dominating the palate. Definitely benefits from air, which helped focus the flavors and bring out a little more acidity. — 5 months ago

Tom and LM liked this

High toned lemon sour dough and graham cracker. Rich and weighty and somehow very underpriced, especially with a Rosenthal sticker on its rear ($19). — 3 years ago

Dawn, Alex and 15 others liked this 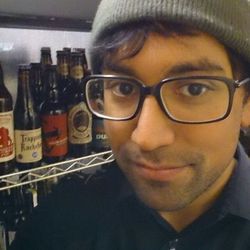 Delicious Chenin Blanc, a bit closed at first, it needed to warm up a touch. — 7 years ago A nice classic Saint Emilion wine aged properly, not exuberant, but simple and well — 8 years ago

A great easy drinking Chardonnay. I normally don't like the maloactic acid of oaked Chardonnay but this doesn't really have it. It's slightly sweet but refreshing. It's has some minerality that cuts through any heft. It's a great drinking wine that would hold us to food. A great Chardonnay! Color: A clear yellow the color of hay. It is slightly lighter than a typical oaked Chardonnay. Aroma: Smells like Chardonnay without the maloacid creaminess. There's a slight sweetness, but mostly refreshing with some heft. Taste: like lovely light Chardonnay with some delicious refreshing sweetness. It's medium body without the heavy, creamy oaked flavors. There are some apple and pear notes that's slightly spiced. It's light with some minerality making it  easy to drink. It has some heft so it can also stand up to food but it's light that it's great on its own. — 6 months ago Black olives, fruity and spicy! Great wine from a great region of southern France — 8 years ago that is a good start